It has been about a zillion years since We last posted! That's because Mummy's old computer was making so many purr-oblems, it would take almost the whole day to write a short post and try to add some pictures. But now, Mummy has bought herself Us a beautiful, brand new computer, with a super fast Purr-ocessor and a Solid State Drive (whatever that may be) and a   w i d e   screen, which will make looking at pictures of Us even more enjoyable than it already is (mol). And to make matters even better, Mummy is now allowing Us into the Study/Library/Computer Room - albeit under strict snoopervision and as long as We "behave ourselves", as She rather insultingly puts it.

There is no point now in writing about Caspurr's and Shimshi's Gotcha Days (April 11th and May 15th, respectively) - especially since Mummy more or less forgot about them till they were long past (Silly Mummy! Old Age is catching up with Her!).

What We are looking forward to now, with great excitement, is a visit from Joanie's Travelling Cow, from Our friends at 15 and Meowing. We have all sorts of fun planned for her, but We are keeping that a secret for the time being, so We can surprise her!

It took Mummy a while to figure out how to work with the New Computer. Well, not so much the computer as Windows 10 (because when she bought the New Toy, it came with Windows 10 and till now, She has been working with Windows XP), but with a lot little bit of help from Us, She finally understood (more or less) what She was doing, so now, without further ado, here are the latest pictures of Us, doing what We like doing best (mol)... 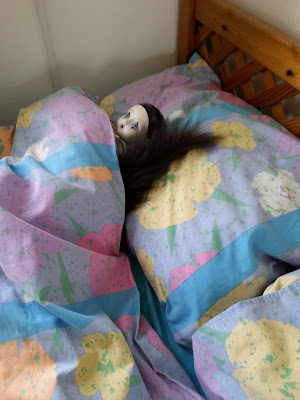 Oops! Missed! You can't catch Me that easily (mol)! 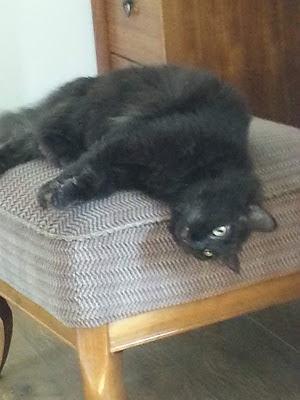 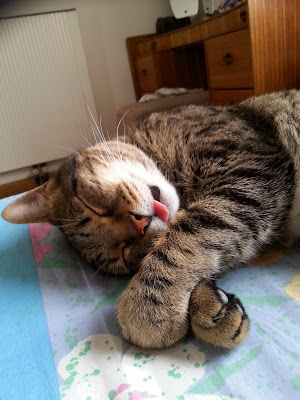 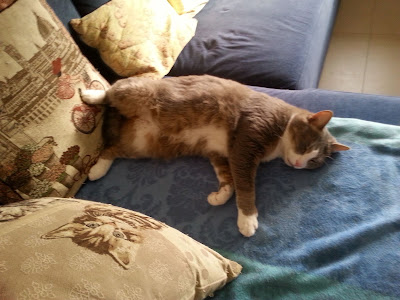