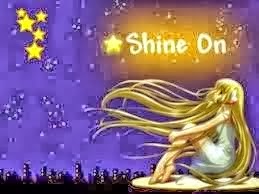 Congratulations on your award. Loved learning more about you too.

Concatulations on your award! We love the awards that allow us to find out new things about you.

Congrats on your shiny award! We liked learning more about you. :)

Oh a big CONCATS to you guys :)) And thank you for including me among your blogs to pass on to :)) I feel honoured that I can help lawyer kitties with their vocatabulary!!! xoxo

Thank you so much for the beautiful award and mum will post it as soon as she is able. I loved reading those things about you. Take care Hugs GJ xx

That's a beautiful award, sweet friends! ConCATulations and Mazal Tov to you on this well-deserved honor!

And thank you so very much for your thoughtfulness in sharing it with us. We loved learning more about you and Mummy. :)

Thanks you for nominating my humble blog. Jake, Mollie, Hazel and Morgan are all basking in the limelight because of course, this award is for their contributions!

Oh thank you so much. Admiral Hestorb herself! She is deeply honored! And I love Angel Keisha! I will hop over there and see what she has done.

Fanks you so much for the awardie. I am letting katie answer for me just now.

Thank u so much for the very kind awardie. I will put a new post soon. :)